Seasons Change ~ And So Do We !
For Baby Boomers, the month of September was typically associated with the start of a new season for TV programming on the major networks.  Since the late 1970s / early 1980s, there has been an exponential increase in Cable TV channels and more recently "streaming" services via the Internet.  With this increase in both available programs and channels (or access portals) for worldwide viewers, the nature of seasons for TV programming has radically changed.  Essentially new beginnings and finales for various TV programs occur throughout the year (i.e., in all seasons).  In this context, time takes on a different nature.  For example, a program that runs for 10 calendar years, may, in fact, be composed of 20 "seasons" (not 10) given how the TV program seasons have changed, along with our viewing habits.
During the 1950s and 1960s, TV viewers eagerly awaited the new programs aired by ABC, CBS and NBC to be unveiled in September.  Before the availability of video cassette recorders, the competition for viewership was very intense because the financial stakes (as measured by advertising revenues) were so very high.  During the summer while the networks typically aired either reruns of popular prime time shows or featured summertime replacements, there would be teasers or previews during commercial breaks to promote not only new episodes for well-established TV programs but also brief snippets to spark interest in new programs as well.  By the mid-to-late 1960s, this intense competition for viewership took some interesting turns that marked the beginnings of how TV seasons would change. 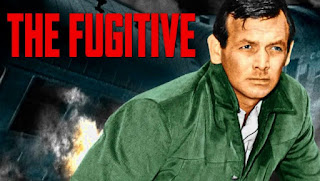 One such example was the use of a combined cliffhanger / series finale to "start" a new season in 1967:  ABC aired a two-part series finale (August 22 and 29, 1967) for its top-rated show The Fugitive (featuring actor David Jansen as Dr Richard Kimble who is wrongly convicted for murdering his wife).  In keeping with network practice, the fourth season had ended in April 1967 leaving viewers wondering whether or not Dr Kimble would find the real killer and be exonerated.  With so many close calls during its four-year run, viewer interest was extraordinarily high.  ABC was able to capitalize on this viewer interest by ending this iconic series in a spectacular finale to inaugurate its new network TV season for 1967-1968 with record ratings!!  In those days, a TV season typically started in September and ended in the following calendar year during the April - June time frame, so this innovation allowed ABC to leverage on momentum from the prior season by stoking TV viewer curiosity during the summer and power its way into the 1967 season!  During this same period it was not unusual for all three of the major networks to sometimes feature actors from their leading prime time programs hosting a series of preview shows - usually about one week prior to the "official" start of the new season - that introduced the lineup for the fall.
However, one of the most unusual, if not bold strategies ever undertaken was by NBC in 1966.  In order to catch the attention of viewers BEFORE they had an opportunity to sample the CBS and ABC schedules, NBC previewed three of its new programs one week before the 1966-1967 season began.  The primetime programs aired/introduced by NBC via its "Sneak Preview" on September 8, 1966 from 7:30 to 10 PM were: Tarzan, Star Trek and The Hero.  It is indeed an interesting bit of trivia that the popular Star Trek series had such a unique start in TV history! 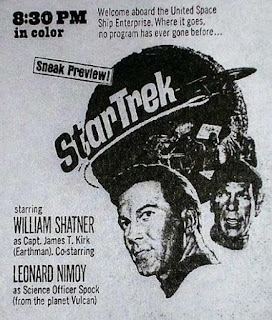 With the huge increase of Cable TV channels and "streaming" via the Internet, the definition of seasons in the context of viewership has radically changed.  New seasons typically begin all year round, and often they are of shorter duration than the original practice followed by the major networks.  For example, it is not uncommon for a single season of a popular program to air from September to December, and then a new season for that same program to then air from March to June.  Or simply to run during summertime!  The compressed nature of these new seasons and the advances of digital technology have now enabled viewers to follow their programs at any time to suit their individual schedules and be viewed from any location in the world.  This change has also given impetus for "binge" watching as viewers await the completion of these compressed seasons so they can be watched over the course of a weekend!  In the intervening decades since the early 1980s, the use of the cliffhanger has now evolved so that viewer interest can carry from one season to the next but not necessarily having to wait for six or more months to find out how it is resolved.
Do you have special or favorite memories about your favorite TV programs and how they were unveiled for the start of a new season?  If so, please submit your thoughts or reminiscences to the Galaxy Nostalgia Network (GNN) website or to the GNN Facebook Page (and please "like" us when doing so).  From all of us here at GNN, enjoy the change of TV seasons!
Posted by Galaxy Moonbeam Night Site at 9:31 AM