A CHARLIE BROWN THANKSGIVING - Why We Love "Peanuts"

The "Peanuts" comic strip written and illustrated by Charles M. Schulz -- with an original run from 1950 - 2000 and continuing in reruns afterward -- is perhaps one of the best known and most familiar to multiple generations worldwide.  Beginning in the mid-1960s, this most beloved comic strip started to air on network TV as Charlie Brown, his faithful dog Snoopy plus his friends Linus, Lucy, Peppermint Patty, Marcie, Franklin and others went from print media into video!  In short order, celebrating various holidays or events with the "Peanuts" gang became a tradition for baby-boomers and every generation that has followed.

The Halloween and Christmas programs are perhaps the most popular and well known in the franchise, with the Thanksgiving program often getting overlooked because it is sandwiched in between!  While the Thanksgiving program does not have the same memorable scenes as the Halloween (e.g., Snoopy as a World War I flying ace vs the Red Baron) or Christmas (e.g., Linus reciting the Nativity of Christ from the Gospel of Luke in the Holy Bible), it is a fun, whimsical reminder on the meaning of Thanksgiving as well as activities associated with late November. Here are two examples from "A Charlie Brown Thanksgiving" that might inspire you to check out this Emmy Award winning TV special: 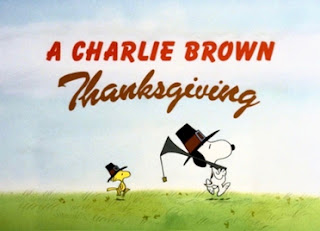 - The show opens with Lucy enticing Charlie Brown to kick the football she is holding by calling it a Thanksgiving tradition.  Just as Charlie Brown approaches on a running start to make the kick, Lucy then yanks the ball away (as shown so many times over the decades) stating that some traditions just fade away!

- Snoopy and his best friend, Woodstock (the little yellow bird frequently shown as the dog's playmate) are dressed in Pilgrim attire getting ready for Thanksgiving dinner.

Like all Charlie Brown programs, there is more to unpack.  But suffice to say, whether recalling this is a season for gratitude or simply gathering with loved ones and friends, the "Peanuts" gang allows us to either experience, reflect or perhaps reimagine holiday-themed events or special memories through the eyes of a child but with adult sensibility.  As this blog is being written, the World Series is being played out.

As the 2021 baseball season wraps up, this reminds me of how Charlie Brown and his best friend Linus have a legendary connection with the Fall Classic.  In December 1962 and one month later in January 1963, the final play of the 1962 World Series featuring the San Francisco Giants vs the New York Yankees -- [reviewed in our August 2020 GNN Blog "The Summer Game"] -- was immortalized in the "Peanuts" comic strip.  Both variants feature Charlie Brown and Linus sitting on the curb in a moment of reflection for several frames, both having a visage of appearing despondent and distant.  The final frame in both variants features Charlie Brown jumping to his feet with his mouth wide open as he lets out his grief:  In the first variant - "Why couldn't McCovey have hit the ball just three feet higher?" while in the second variant - "Why couldn't McCovey have hit the ball even two feet higher?" Like his creator Charles Schulz, Charlie Brown was an avid Giants fan.  In the comic strip world of "Peanuts," we experience the anguish of such moments in time through a fusion of adult stoicism and child-like outbursts that are a reminder on how our childhood stays forever with us.

As, you, our wonderful GNN audience gather with loved ones and friends to celebrate the Holiday Season, take time out from your busy schedules to watch Charlie Brown and the "Peanuts" gang experience the unbridled joy and excitement we all remember as children, and hopefully carry with us in our hearts.  Be sure to share your favorite memories of "Peanuts" by posting to the Galaxy FACEBOOK page (and please remember to "like" us when doing so) or via e-mail to the GNN web site. 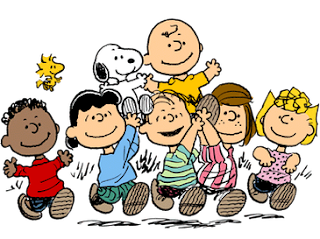 Posted by Galaxy Moonbeam Night Site at 1:56 PM No comments: