The "Play's The Thing": Why We Love Stage Plays

The gradual nationwide re-opening in the aftermath of the public health crisis sparks a resurgence to engage in social activities that have been either in stasis or were only permitted on a limited scale.  This includes such recreational activities like attending or visiting theme/amusement parks, major sporting events, concerts, movie theaters, stage plays and many more!  During this period we have come to miss such activities because of the wonderful memories that are made when getting together with loved ones, friends and colleagues while witnessing great exhibitions or memorable  performances.  In particular, the shutdown of Broadway plays in New York City was especially distressing because of its iconic status that transcends multiple generations and cultures.  While the collateral impact of the shutdown was not confined solely to New York City, the world of stage theater has long been inextricably associated with Broadway and its symbolic leadership role in Fine Arts. 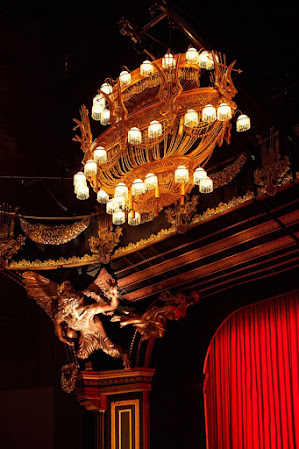 The expression "The Play's The Thing" comes to mind as we celebrate the return of live stage theater.  This popular expression actually comes from William Shakespeare's Hamlet (Act 2, Scene 2)  in which Hamlet refers to using the play as a means by which to touch the conscience of Claudius (thereby letting Claudius know that he - Hamlet - actually knows who killed his father).  Whether you are a fan of the grand stage (i.e., a Broadway play), summer stock, dinner theater, school or neighborhood plays, there is indeed something very endearing, if not special, when attending a live stage play up close and in person!  So for this reason, "The Play's The Thing."

With this in mind, it would be great to hear from you, the wonderful GNN audience, about your favorite memories connected with stage plays!  In the spirit of good fun and as a conversation starter, I would like to share three very special memories that affirm why watching live stage theater remains a unique experience, even in the midst of our high-tech world.

My first special memory was attending the 1974 opening night for "Clarence Darrow" (featuring Henry Fonda in a one-man play) in which America's most acclaimed attorney took us on a lifetime journey of landmark court cases from the Scopes "Monkey" trial to the Leopold-Loeb child murder case.  By the end of the evening I came to feel like I had met Mr Darrow himself as these milestone cases in jurisprudence were recounted by Henry Fonda in the role of this larger-than-life American hero.  My second memory occurred just one year later and having the exact same exact experience when watching James Whitmore portray the 33rd US President Harry S Truman in his one-man play "Give 'Em Hell, Harry!"  Mr Whitmore allowed the audience to appreciate what this remarkable Man From Missouri experienced when rising to the highest elected office in the land and then having to make some of the most difficult decisions in our nation's history.  My favorite memory, however, was watching "Phantom of the Opera '' noted for its deeply moving songs and the crashing giant chandelier scene.  Every time I hear one of the great songs from "Phantom" I am immediately transported back to that wonderful evening of watching the mystery unfold right on stage! 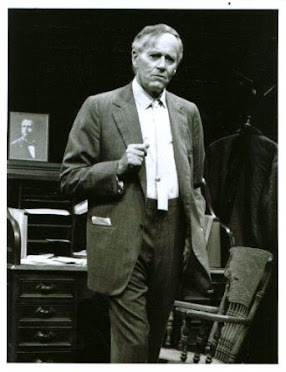 What are your special memories on why you love stage plays?  Are you planning to attend one or more as such public events now reopen?  Please share your thoughts, plans and memories via posting on to the Galaxy FACEBOOK page (and be sure to "like" us when doing so) or via e-mail to the GNN web site.  Likewise, I am always receptive to hearing from our wonderful Galaxy audience and/or connecting via LinkedIn.

Posted by Galaxy Moonbeam Night Site at 8:20 AM No comments: