For movie-goers the 1970s is probably best remembered as the decade of the Disaster Film.  Big screen films such as "The Poseidon Adventure," "Earthquake," "The Towering Inferno," "Black Sunday," "Two-Minute Warning," "The Cassandra Crossing" and many more dominated the box office.  But the Golden Age of the Disaster Film literally took off on March 5, 1970 with the release of "Airport" -- a blockbuster film based on the 1968 Arthur Hailey best seller with the same title.  In this instance, both the book and the film were high-flying commercial success stories.  "Airport" boasted an Academy Award winning All-Star cast that included Burt Lancaster, Helen Hayes, Van Heflin, Maureen Stapleton and George Kennedy.  Other headliner stars featured in the cast were Dean Martin, Jacqueline Bisset and Jean Seberg.  The combination of an exciting story, major film stars, great special effects and realistic action scenes all shown on a giant screen at breakneck pace made for a winning combination.  "Airport" earned over $100 million in box office receipts -- a 10-fold return on investment as the film had been made for $10 million. 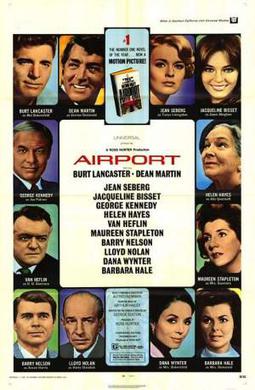 The premise of taking a seemingly ordinary common place setting like a busy metropolitan airport, the individual drama of so many individual people and families reaching a nexus on a commercial jet flight and then colliding with severe winter weather and a suicide bomber provided a formula that was oft repeated throughout the 1970s.  The aforementioned partial list of disaster films in the same decade is a testimony to its popularity and commercial success.  Despite mixed reviews, the genre took hold by not only defining film making for the 1970s but continuing into the ensuing decades.  James Cameron's 1997 epic film "Titanic" (winner of 11 Academy Awards) is an affirmation on the staying power of the disaster film and its hold on the public imagination that really achieved grand scale starting with "Airport" in 1970.

"Airport" is packed with lots of great scenes but perhaps the two most endearing and memorable characters were Patroni -- the chief flight mechanic played by George Kennedy (who literally saves the day with his expertise on the Boeing 707 jet airliner) -- and Ada Quonsett - an elderly habitual stowaway played by the First Lady of Stage, Helen Hayes (whose Academy Award winning performance is a stellar fusion of drama and comedy).  Baby boomers who watched Classic TV during the 1960s will also note the excellent performances by Barbara Hale, Gary Collins and Whit Bissell. 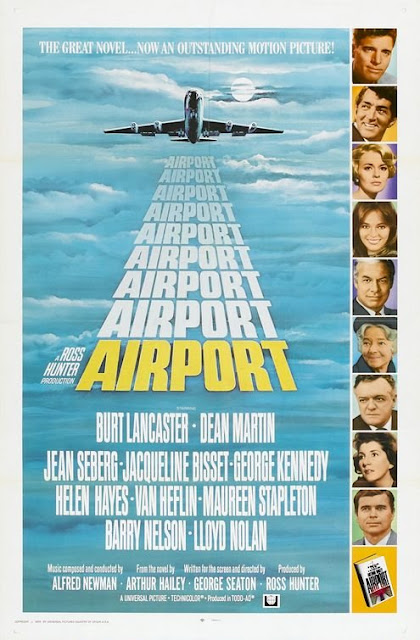 While the film gives attention to the details associated with both airport and airline operations, the effective intertwining of personal stories coupled with minute-by-minute decisions as disaster unfolds truly makes for compelling, fast-paced, high-flying drama!  There were three sequels that followed over the next nine years, but none could quite match the novelty, star power and realistic excitement of the original.  Such are the rewards of not only being first, but also best!  Another aspect of "Airport" that can only be appreciated with the passage of time is that it is truly a time-capsule of another era.  Not just in terms of jet air travel, but pop culture, human values and also film making.

On a very personal note, this movie holds special memories for me as I first saw it on the big screen on Hollywood Boulevard in the Spring of 1970.  My mom took me out of school that day for a medical appointment and as a special treat after visiting the doctor, she then took me to see "Airport."  What a treasured memory!  In general, the Disaster Films made movie-going a fun event for family and friends as the use of very-large wide screens, extra-large speakers, zooming in for close ups or backing up for panoramic, wide-angle views made theater audiences feel as if they themselves were actually experiencing the on-screen action themselves.  This created lots of conversation whether among kids in the school yard or adults at a cocktail party.  As movies migrated from theaters onto TV at a much faster clip, the Disaster Film genre was unique for its time as it helped maintain strong motion-picture theater attendance despite the reduced time from large to small screen for newer films. 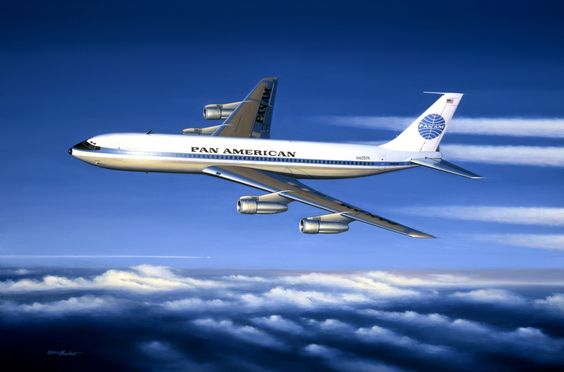 If somehow you missed this epic film, or have not viewed it for quite some time, it might be fun to give it another look with an appreciation for the amazing star power assembled in a single film and as a testimony on how big-screen movies continue to transport audiences to another place and time.  Please join us in celebrating the Golden Anniversary of "Airport" by sharing memories of the book or movie by posting to the Galaxy FACEBOOK page (and be sure to "like" us when doing so) or via e-mail to the GNN web site.  Please also include memories of your other favorite disaster films from the 1970s as we fly high above memory lane.  Likewise, I am always receptive to hearing from our wonderful Galaxy audience and/or connecting via LinkedIn: https://www.linkedin.com/in/rev-protodn-george-haloulakos-cfa-bab6b43
Posted by Galaxy Moonbeam Night Site at 2:11 PM No comments: