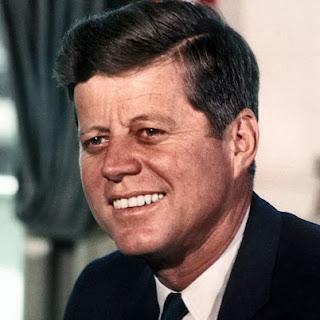 Posted by Galaxy Moonbeam Night Site at 4:42 PM No comments: 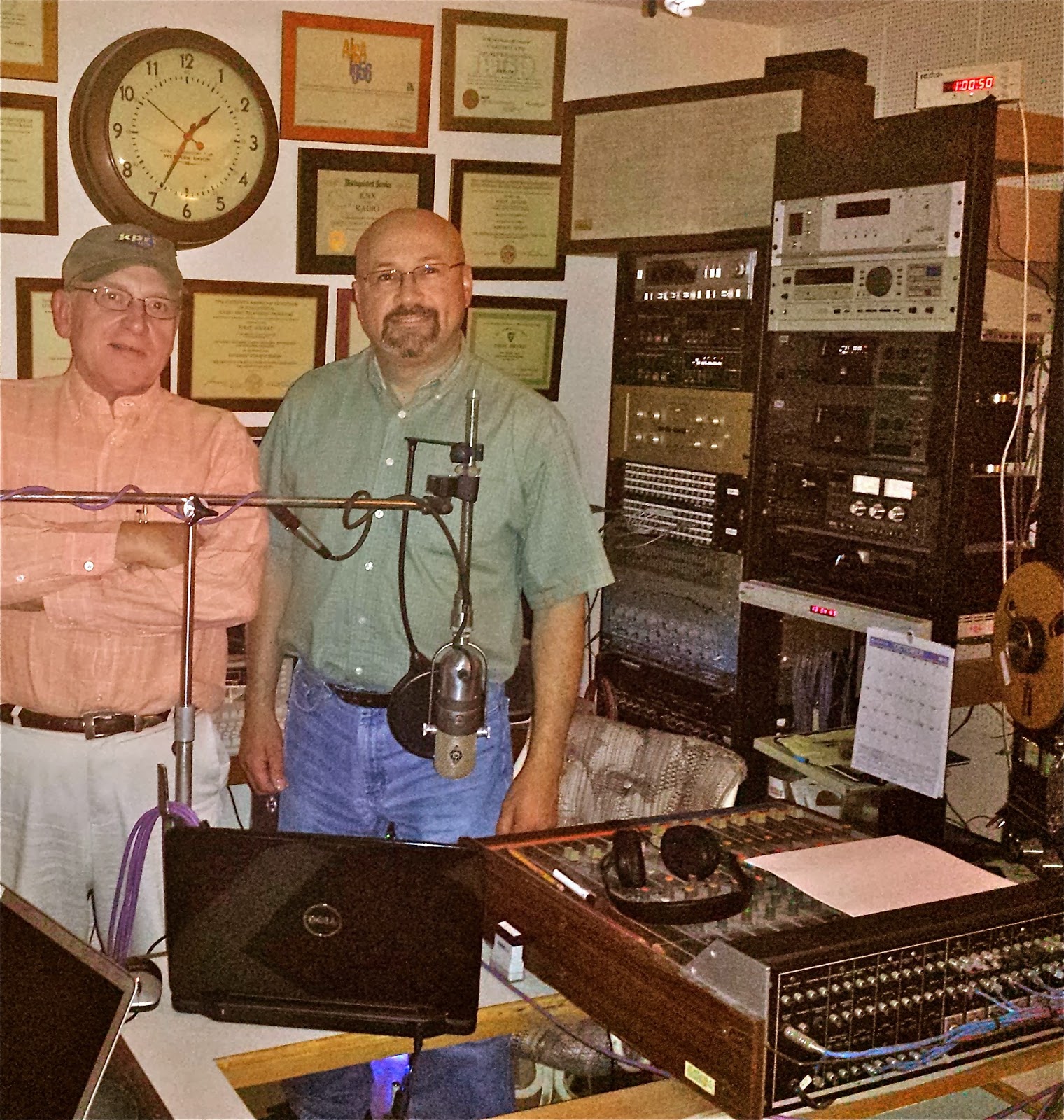 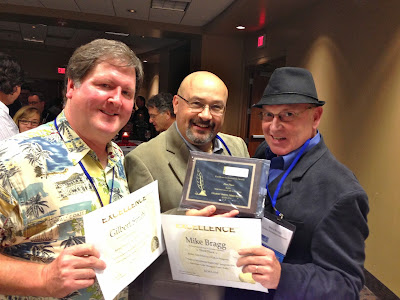 Posted by Galaxy Moonbeam Night Site at 11:16 PM No comments: 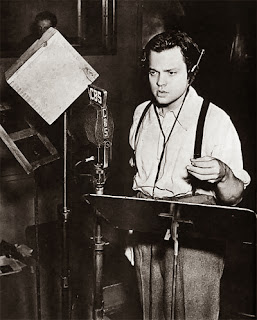 Posted by Galaxy Moonbeam Night Site at 3:50 PM No comments:

Posted by Galaxy Moonbeam Night Site at 2:36 PM No comments: 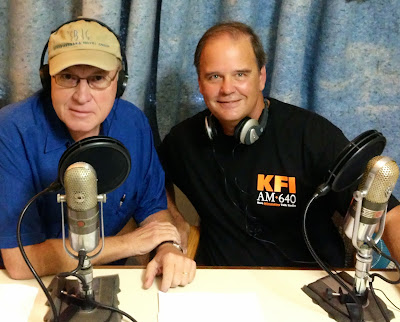 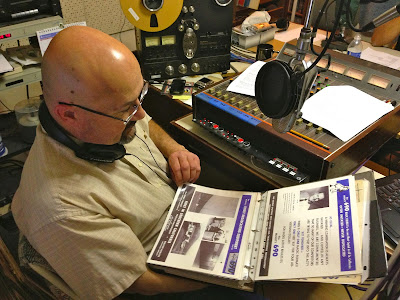 Go back in time to the Golden Years of Southern California Top 40 AM radio.
Click Here for Galaxy Nostalgia Network Shows, and Part I of the David Leonard
interview at Apple iTunes Store.
Posted by Galaxy Moonbeam Night Site at 7:54 PM No comments: 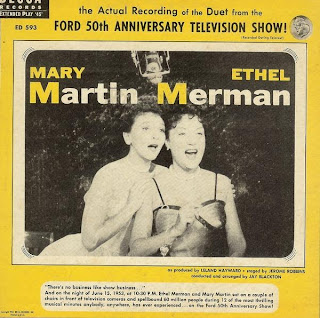 On Program 113, we recall the Ford 50th Anniversary Show, a two-hour live television special broadcast on June 15, 1953.  The program was seen on NBC and CBS at the same time.  This was the only way Ford could assure the maximum number of people would be able to see the show, since this was still the early days of television, and each network by itself did not cover the whole United States.  The program was hosted By Edward R. Murrow and Oscar Hammerstein, and featured a history of the U.S. and the world from 1903-1953.  Appearing on the show were Mary Martin and Ethel Merman, as seen above, along with Wally Cox, Lowell Thomas, Marian Anderson, Rudy Vallee, Burr Tilstrom's Puppets Kukla and Ollie, and appearing on film, Bing Crosby, Eddie Fisher, and Frank Sinatra.  The program was produced by Leland Hayward, and featured an appearance by Henry Ford II at the conclusion.  A well-remembered special from the early days of television!
Posted by Galaxy Moonbeam Night Site at 1:11 AM No comments: 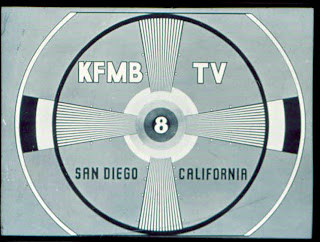 Following on our program about TV sign-ons and sign-offs, our good friend and listener Rick Bosscher, RF Systems Manager for the KFMB Stations, kindly donated an original test pattern slide that was used at KFMB-TV Channel 8 in San Diego.  Above is an image of the slide.  Smitty comments that he remembers this test pattern being used on the air, early mornings prior to sign-on as late as the early 80s.  These patterns are almost never seen today in the age of all-night infomercials and overnight news services.  We thank Rick Bosscher for his kindness in sharing this neat slide with us.  In case you missed this episode of Galaxy Moonbeam Night Site, just go to our podcast library and listen to show 99!
Posted by Galaxy Moonbeam Night Site at 12:51 AM 1 comment:

"Shotgun Tom" Kelly to receive a star on the Hollywood Walk of Fame! (Program 108) 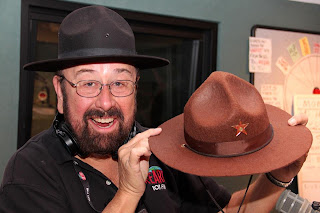 We are proud to announce that our dear friend "Shotgun Tom" Kelly will be the recepient of a star on the Hollywood Walk of Fame.  The ceremonies are scheduled for Tuesday, April 30, at 11:30 AM Pacific Time.  All are invited to attend this event.  If you are not in the Southern California area, the event will be streamed live at this site: www.walkoffame.com  The video of the ceremony will be available at the site for a time after the event.  For further information on Shotgun and this event, please go to: http://www.walkoffame.com/pages/upcoming-ceremonies

On program 108, Shotgun joins us to tell us the story of how he came to receive this honor, and he shares with us some details of the process involved.  He also recounts a few of his memories and achievements that have led up to his being recognized by this honor, for his years of radio broadcasting.

Galaxy Nostalgia Network salutes Shotgun, and we offer him our most hearty congratulations on the occasion of this great tribute!
Posted by Galaxy Moonbeam Night Site at 10:40 PM No comments: