With "Top Gun: Maverick" now surpassing the $1 billion revenue mark in just two months following its release, this blockbuster action film that is dazzling film audiences worldwide -- especially via the IMAX (i.e., large, tall screen) format that places the filmgoer into the cockpit of supersonic jet fighter aircraft -- the popular success of this newly released film hearkens back to a time Baby Boomers will vividly recall as the CINERAMA experience -- when going to the movie theater was very special! 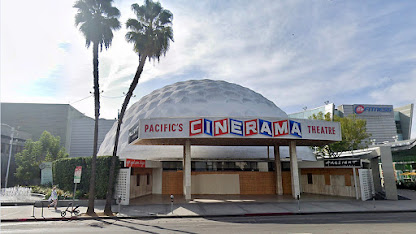 CINERAMA was a widescreen process introduced in the 1950s that simultaneously projected images from three synchronized 35mm projectors onto a very large, curved screen.  This process was later modified into a system that relied on a single camera with 70mm prints but still shown on the large, curved screen to continue giving the audience a "you are there" experience.  CINERAMA was marketed to the public as a major theatrical event, with reserved seating and printed programs.  As such, audiences in attendance were dressed in their best (i.e., "formal") attire!  Although various theaters could be adapted to show CINERAMA films, the best movie-going experience was associated with special or dedicated CINERAMA theaters that were built in various cities worldwide.  Yours truly recalls such special theaters in both Seattle and Los Angeles, with the latter perhaps being the most famous: the CINERAMA Dome in Hollywood!
Yours truly vividly recalls that seeing a major film at CINERAMA Dome in Hollywood was indeed, a very memorable event.  You really needed to make seat reservations in advance, and there were wonderful printed programs available for purchase that featured in-depth biographies on the film stars, writers and producers along with offering deeper context on the screenplay (including color photographs of various scenes from the film).  It was so much fun to dress up in formal attire and attend such an event with your parents as it became a rite of passage into adulthood for many of us who came of age here in Southern California (where the major studios are headquartered).
Among the CINERAMA films I personally attended with my parents were "Battle of the Bulge," "2001: A Space Odyssey," "Ice Station Zebra" and "Krakatoa - East of Java."  As one would expect in such a creative, dynamic and competitive industry, other filmmaking / screening processes evolved and CINERAMA gradually lost its novelty and uniqueness.  Yet there are other CINERAMA films that members of the GNN audience may also fondly recall from the same era such as "The Greatest Story Ever Told," "It's a Mad, Mad, Mad, Mad World," "Grand Prix" and "How the West Was Won."  It is certainly a very special moment in time as it sparks wonderful memories of moviegoing as a major event rather than a casual family activity.
In my background research for this Blog, I learned of two famous people -- well known to Baby Boomers -- who were directly responsible for bringing CINERAMA to the general public.  Lowell Thomas (the famous traveler and broadcaster) and Mike Todd (producer of the 1956 Best Picture Academy Award film "Around the World in 80 Days") were the founders and chief investors that created CINERAMA.  It is indeed a tribute to their vision and entrepreneurship that filmmaking advanced so greatly with the advent of CINERAMA, thereby continuing to make movie going a wondrous, magical experience. 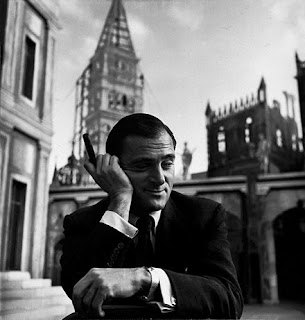 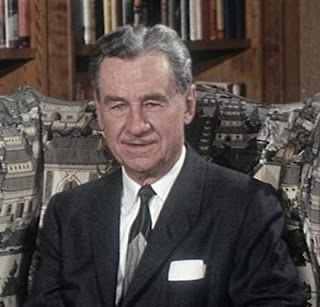