"RIDERS ON THE STORM": Remembering Jim Morrison & The Doors

Believe it or not, July 3rd marks the 50th anniversary of the unexpected passing of Rock Music legend Jim Morrison, lead singer of The Doors.  Despite being one of the most iconic and influential figures in Rock & Roll music history, his passing almost went unnoticed by the general public at that time.  Keep in mind this was decades ago, long before 24/7 digital social media.  Yours truly recalls reading about Morrison's passing in a column buried deep in the main section of a leading Southern California metropolitan newspaper that not only reported the death of this rock legend but that he had already been buried in the Poets Corner of the Pere Lachaise Cemetery in Paris, France!

With this rather quiet, almost eerie exit, the stature of Jim Morrison & The Doors grew in the ensuing decades as their supernatural, mystical sound remained timeless if not transcendent.  The Doors were formed in 1965 with Morrison as the lead vocalist, Ray Manzarek as keyboardist, Robby Krieger as guitarist and drummer John Densmore.  Manzarek's keyboard artistry and versatility provided the bass when needed.  Taking its name from Aldous Huxley's book The Doors of Perception, The Doors became the first American band to accumulate eight consecutive "gold" LPs (Long Playing Records).  For those of us who grew up in Los Angeles, The Doors have forever been viewed as an "LA band" because of its inextricable connection with The Whiskey a Go Go, a Sunset Strip nightclub that only helped launch The Doors but also The Byrds, Buffalo Springfield, Frank Zappa and others while powering the LA music scene for over 50 years. 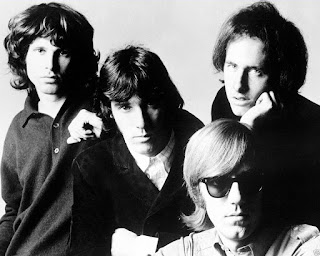 The members of The Doors were a fusion of varied musical backgrounds that included Jazz, Rock, Blues and Folk genres.  With Morrison's distinctive voice, poetic readings and very dynamic personality, The Doors and their music appear to have aged much better than their peers from the Summer of 1967 when The Doors released their self-titled debut album the same year as other major releases by The Beatles and The Airplane.  In a period associated with mayhem and counterculture, The Doors keyboardist Ray Manzarek observed that while The Beatles were singing "All You Need is Love" it was The Doors who sang "Light My Fire" thereby affirming a real point of difference versus their British counterparts and perhaps providing a more definitive, transcendent pop culture image.  When listening to the other songs from that 1967 self-titled debut album -- "Break On Through (To the Other Side)" which featured an uptempo bossa nova style with mambo influence, or the dramatic 12-minute "The End" (later heard in the epic 1979 film "Apocalypse Now") -- The Doors sound as fresh and unique now as they did more than 50 years ago!  The same cannot necessarily be said for other bands from that era whose musical style (as good as it was) is inextricably locked into a time warp.  This is analogous to an expression used in sports about various players who could succeed in any era.  The Doors are timeless and would fit in any era while also defining the decade of the 1960s with their very special music. 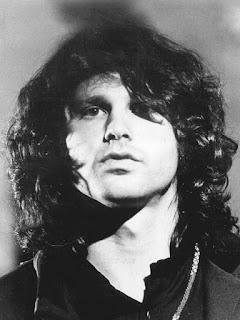 My personal favorite from The Doors is "Riders on the Storm."  Released in 1971, "Riders on the Storm'' was the last song recorded by all four members of the band as well as Morrison's last song released in his lifetime.  With the sound of waves crashing against the shore and Manzarek's cool jazz  keyboard playing in the background, Morrison recorded the main vocals and then whispered the lyrics over them to create a gothic echo effect.  The memorable line from this song "into this world we're thrown" would seem to reflect German philosopher Martin Heidegger's concept of thrownness (in which humans' individual existences are described as being literally thrown into the world).  With The Doors, there is so much more, as we have only touched upon just a few highlights.  But hopefully this will stir up memories!

In this month's blog we have offered, so to speak, a sniff of the cork on a truly iconic rock band from Pop Culture history.  There are so many threaded discussions that can be derived from this column and we invite you to share your thoughts via posting on to the Galaxy FACEBOOK page (and be sure to "like" us when doing so) or via e-mail to the GNN web site.  Moreover, there are a number of books and video accounts about The Doors as well as Jim Morrison, and we would encourage our Galaxy audience to check them out on their own.  Finally, do know that I am always receptive to connecting via LinkedIn (where my active following is now 1,100+ and steadily growing).  View my profile at: https://www.linkedin.com/in/rev-protodn-george-haloulakos-cfa-bab6b43

Posted by Galaxy Moonbeam Night Site at 10:21 AM