The 75th Anniversary of the Allied Forces Victory in World War II provides an opportunity to look back at this historic event through the prism of interesting biographies whose lives intersected with the war on the Chessboard of Life.  There are, it would seem, countless stories about people and events of WWII that had enormous personal impact in the post war era. This would include the famous and not-so famous as well as sports stars, entertainers, writers, political leaders, scholars and so forth. This month, we remember two great Chess champions -- Vera Menchik and Akiba Rubinstein -- who not only left their indelible mark on the game they played so well, but also giving us pause to wonder what might have been were it not for the fortunes of war! 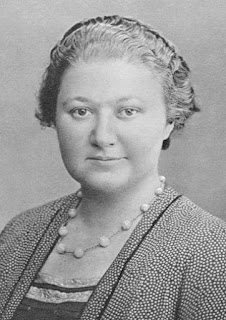 VERA MENCHIK - A Pioneer Ahead of Her Time at the Right Time Long before the celebrated Polgar Sisters emerged as the world's reigning Chess family during the decades of the 1990s - 2000s, Vera Menchik (Feb 6, 1906 - Jun 26, 1944), a British-Czechoslovak-Russian Chess player became the world's first women's Chess champion.  Ms Menchik's dominance was overwhelming as she won seven consecutive world title women's championship tournaments from 1927 - 1939.  Her overall score in the 83 games spanning these seven title events was 78 wins, 1 loss and 4 draws!  In the four tournaments held between 1931 and 1937, Ms Menchik won 45 straight games!  Ms Menchik's supremacy in women's championships has never been matched, much less exceeded by the likes of male world champions such as Bobby Fischer, Anatoly Karpov and Garry Kasparov.  In sum, Ms Menchik was the longest-reigning female world Chess champion in history having held the title for 17 years.

As impressive as that championship reign was, it likely would have been even longer were not for the ravages of WWII.  Ms Menchik, who married in 1937 and then relocated to the United Kingdom, was the reigning female world Chess champion as the flames of World War II engulfed the world.  Sadly, Ms Menchik became widowed in 1943.  The following year, she and her sister along with their mother perished in a V-1 flying bomb attack which destroyed their London home.  Ms Menchik was only 38 years old, and had a full life ahead of her that sadly was brought to a close by WWII.  She had fully embraced her life in the United Kingdom and with the tide of the war swinging to the Allies was eagerly looking forward to fully concentrating on Chess and participating on the international stage as a world champion.  One can only imagine the great inroads Ms Menchik could have made in breaking down societal barriers in the post-war era.  We are left instead with a stellar legacy that is commemorated by the trophy for the winning team in the Women's Chess Olympiad named as the "Vera Menchik Cup" and a commemorative postage stamp issued by Yugoslavia. 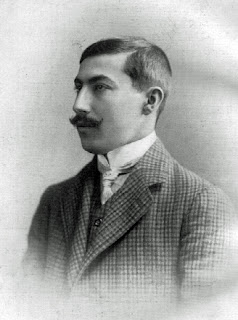 AKIBA RUBINSTEIN - A Point of Light Amidst the Holocaust Akiba Rubinstein (Oct 12, 1882 - Mar 14, 1961) is the quintessential "what might have been" in the Chess world as he was one of the strongest players ever who did NOT become a world champion.  Mr Rubinstein was a Rabbinical student in his native Poland who abandoned his studies to concentrate fully on Chess and thereby became one of the strongest end-game players in the history of the game.  As the shadows of war turned into a fiery storm that raged across Europe during the 1930s, Mr Rubinstein was plagued by mental illness and his Chess powers waned.  For a while he was able to peacefully live in occupied Belgium.  However as the Holocaust gained momentum, an SS officer recognized Rubinstein's name on an "official inventory" of people to be sent to a concentration camp.

Then the hand of Providence intervened as this same SS officer was a genuine Chess fan whose heart was not yet solely consumed by the darkness of evil.  At enormous personal risk to himself, the SS officer removed Rubinstein's name from the list for deportation as he could not bear to consign the aging and ill Chess grandmaster to an ignominious end in a death camp.  Although plagued by the ravages of mental illness for the remainder of his life, Mr Rubinstein was able to live with family until 1954, and then following his wife's passing lived in a long-term care facility.  He continued to follow the game he so loved, and is remembered not only for his prowess on the Chess board, but as a point of light in a world engulfed by war.

Do any of you have any special remembrances of World War II that have been passed along by loved ones or friends?  As we commemorate the 75th Anniversary of the Allied Forces victory, please share your thoughts by posting to the Galaxy FACEBOOK page (and be sure to "like" us when doing so) or via e-mail to the GNN web site.  Likewise, I am always receptive to hearing from our wonderful Galaxy audience and/or connecting via LinkedIn.
View my LinkedIn profile at: https://www.linkedin.com/in/rev-protodn-george-haloulakos-cfa-bab6b43
________________

Posted by Galaxy Moonbeam Night Site at 10:56 AM