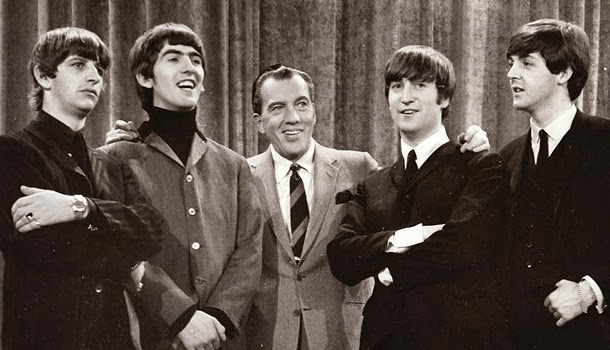 Posted by Galaxy Moonbeam Night Site at 8:00 PM No comments: Links to this post 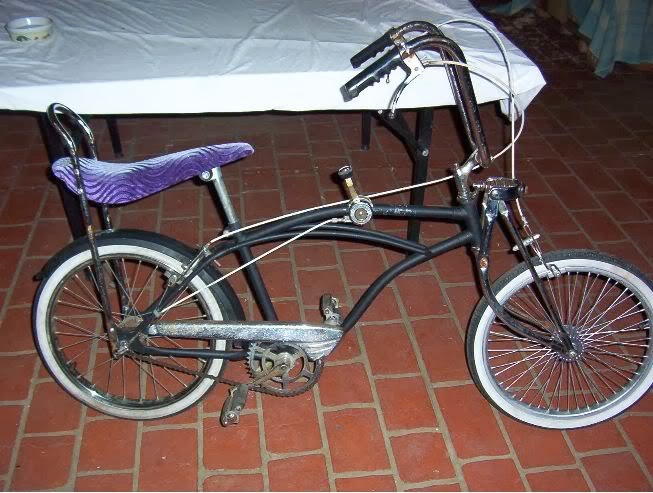 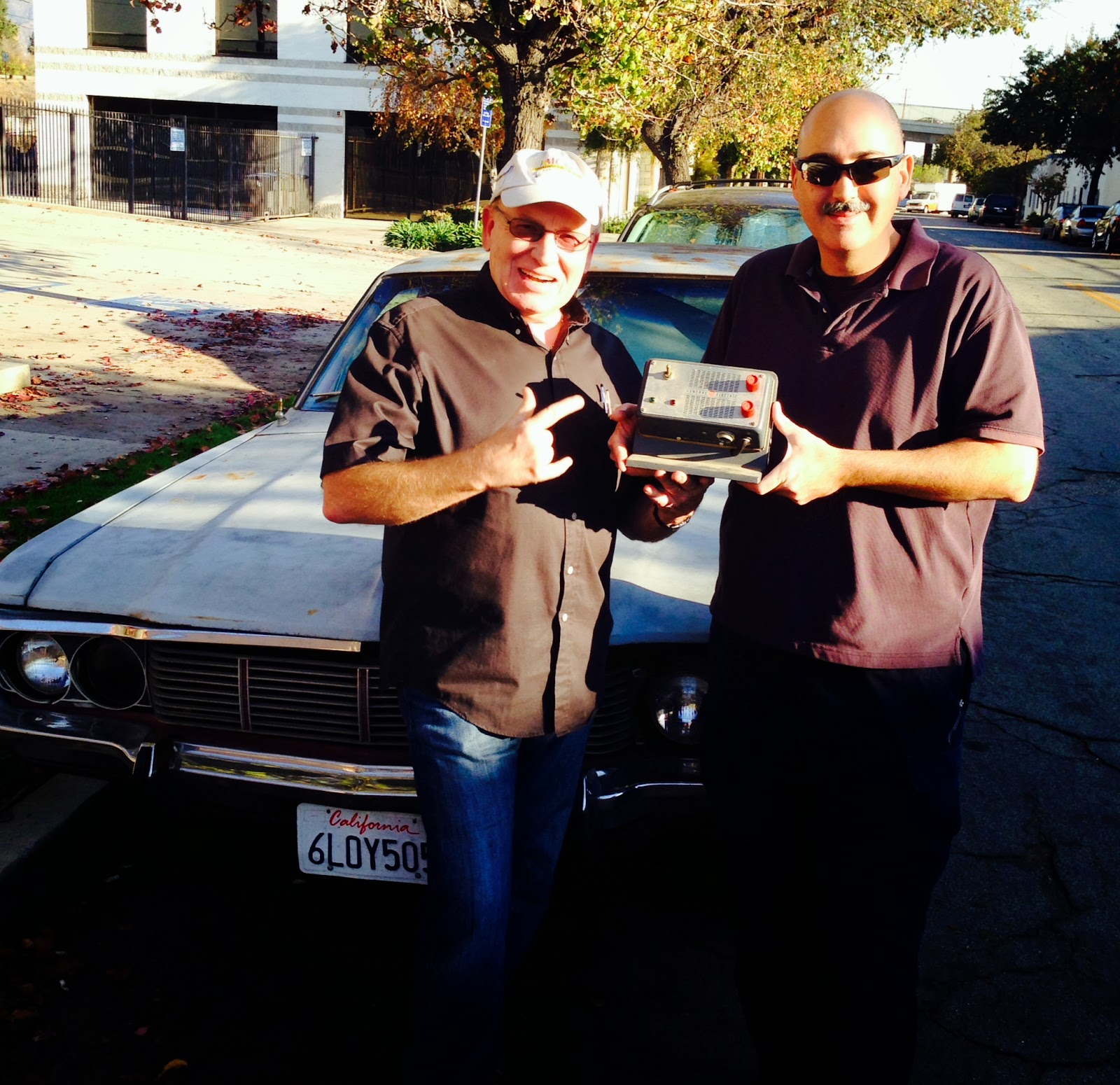 Here's Mike B. and Galaxy Good Guy Mark Galoustian celebrating the holiday season with Mark's favorite stocking stuffer, a vintage General Electric police radio model used by the Los Angeles County Sheriff's Department in the early to mid 1960s. Mark is the owner of a completely restored 1968 Plymouth Belvedere that is a nearly exact replica of the patrol car used by Officers Reed and Malloy in the Adam 12 television series, which can be seen nowadays on ME-TV. Mark will be sharing his experiences as a police historian and movie/TV car restorer in an upcoming Galaxy Moonbeam Night Site show.
Posted by Galaxy Moonbeam Night Site at 12:14 AM 1 comment: Links to this post 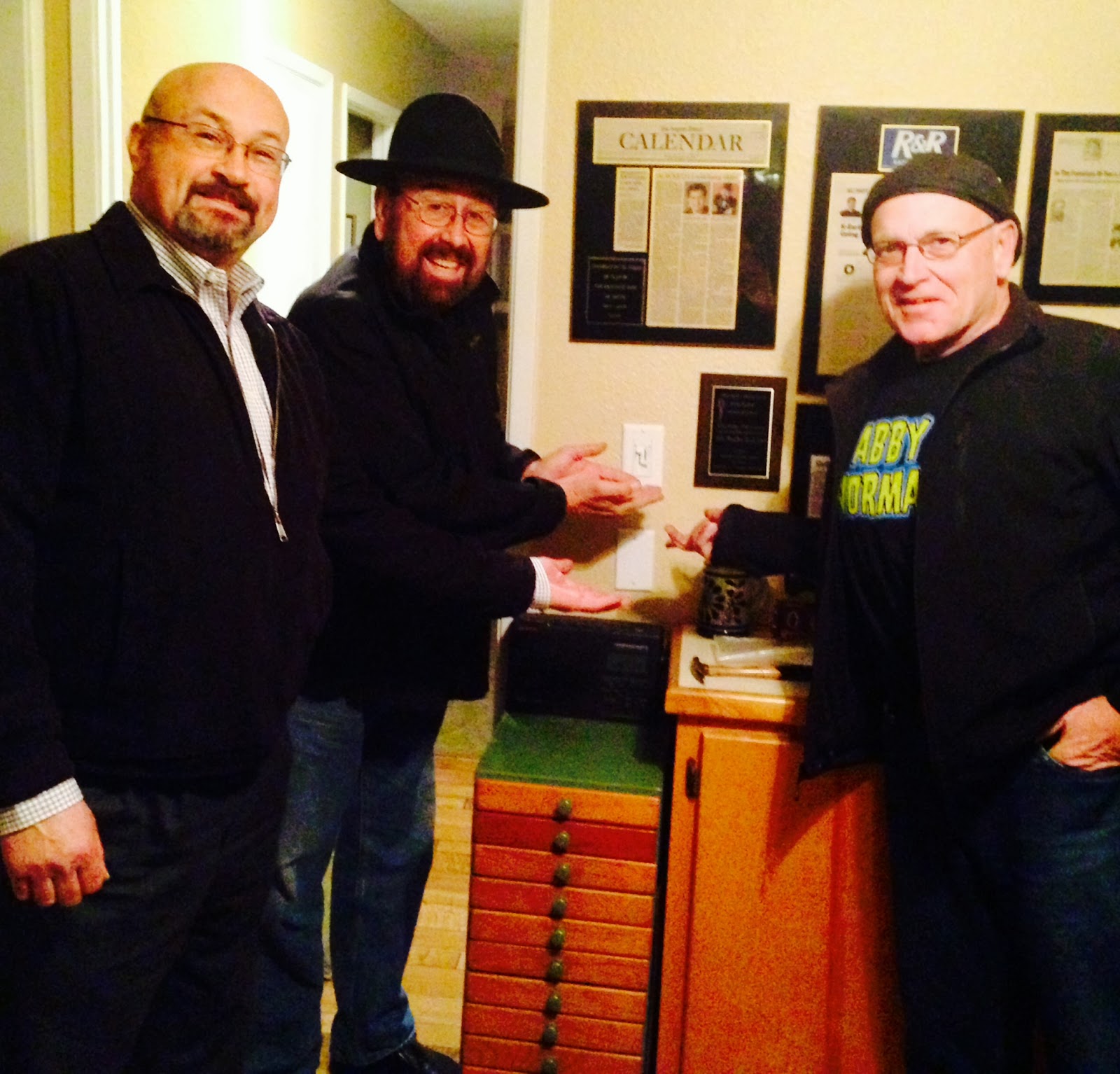 Smitty and Mike B. recently helped Galaxy Good Guy "Shotgun Tom" Kelly (center) locate a prominent place on Shotgun's office wall for the Excellence in Journalism award that Galaxy Moonbeam Night Site received late last year by the San Diego Press Club. "Shotgun Tom" is a regular guest on Galaxy. Our interview with him talking about his recently awarded star on the Hollywood Walk of Fame was chosen as a third place winner in the Talk Radio category of the Excellence in Journalism contest competition. "Shotgun Tom" is a legendary Top 40 Deejay who can be heard weekdays from 3 to 7 on K-EARTH 101 in Los Angeles.
Posted by Galaxy Moonbeam Night Site at 12:08 AM No comments: Links to this post